The RPO protects and promotes the interests of commercial producers within the red meat industry’s value chain. The RPO as collective negotiation organisation, improves the economic wellbeing of its producers.

The RPO focuses on important industry functions such as:

The RPO has close ties with and representation and input in inter alia the following institutions to promote and protect the interests of red meat producers:

The RPO represents the interests of red meat producers on the Red Meat Industry Forum (RMIF) on which all institutions involved in the value chain of the red meat industry are represented.

The RPO and NERPO jointly form the Federation of Red Meat Producers of South Africa, which handles the collective interests of primary commercial and emerging red meat producers.

wellbeing of primary red meat producers and the red meat industry in general are funded from two separate sources of financing, namely the compulsory statutory
levy and the voluntary producers’ contributions.

The statutory levy was implemented within the framework of the National Agricultural Marketing Act and is exclusively used to finance the following functions in the interests of the red meat industry:

In terms of the provisions of the National Agricultural Marketing Act, an organisation like the RPO is not allowed to fund its organisational functions from the statutory levy.

The primary producer contributes the most to the statutory levy and if the RPO is not financially empowered in its monitoring duties, the paying producer will lose his say as far as the scope and application of the statutory levy is concerned. It is imperative that the RPO has a strong say in the Red Meat Industry Forum on behalf of the producer to ensure that statutory funds are correctly managed.

The following important functions are financed by the voluntary contributions in the interests of the producer:

The industry will have to reflect on the continuation of the statutory levy after 2018. 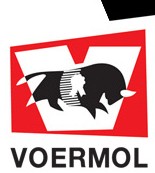